Put On Your Relationship Goggles

Before I became a therapist, my husband and I were in a difficult spot in our relationship. We had a terrible habit. Which was that we would choose our behavior based on what the other person was doing. If he got angry, then I would get angry. If I gave him the silent treatment, he would give it right back to me. (Side note: it’s really frustrating to try to silent treatment someone when they don’t try to talk to you.) If he didn’t tell me where he was going, then I wouldn’t tell him where I was going the next time I left the house. On and on this went. It spiraled out of control. Eventually we had a relationship I didn’t even recognize. Not to mention, I was completely embarrassed of my behavior. When I would talk to my friends about what was going on, I’d often conveniently leave out my own shitty actions to get their sympathy. “He did that!? Wow.” We were going nowhere, fast.

Then one day it all changed. Man, would I love to tell you right now that it was me who changed. It was not. It was my husband who changed first. He started doing all the things that help a relationship, not hurt it. No more anger, no more silent treatment, no more bad behavior. If I tried to pick a fight, he would just let me talk and validate what I said. When he left the house, he would tell me where I was going, even if I didn’t right before that. And over time, it got really hard for me to act like an asshole towards him.

You might be wondering, why did she want to act like an asshole to her husband when he started treating her nicely? Or maybe you already get it because you’ve been there too. The reason was I was skeptical. I kept thinking this will all go back to how it was last week. Not to mention I was bathing in my resentment. I’d feed my mind with things like “sure, that was nice what he just did but remember that time he did the exact opposite and how bad that hurt?”

After about a week, because I am a really direct person, I just asked him what’s up? And he said this “two weeks ago, I decided I’m no longer going to fight with you. My goal is to never fight with you again. No matter what.” I was floored. What?!?! That makes it seem like it’s all me who has been fighting! He’s the one who started it all! After I got over my own ego and adopted his mindset, our relationship improved immensely. And fast. We went from almost divorcing to having an amazing relationship. And it just keeps getting better.

Sometimes I think to myself “how did I get so lucky? We have such an amazing relationship.” (Try not to gag.) But you know what? It wasn’t luck. This was work and it continues to be work. It can be tempting to want to match grouchy with grouchy but I remember our goal, not to fight. When he’s grouchy, I try to be as kind and as helpful as possible so he can no longer be grouchy. He does the same for me and I notice it every single time. Once I’m done being grouchy, or bitchy, or annoying, or whatever, I thank him for his efforts too. Thanks for waiting for me. Thanks for picking up. Thanks for offering me space. Thanks for not taking the bait.

This is what I call Relationship Goggles. I have no idea where I came up with this term but it makes sense in my head and my clients seem to get it too. Your Relationship Goggles should always be on. When they are over your eyes, everything you look at will be from the perspective of “the quality of our relationship comes first.”

The goggles let you see into the future of you guys as a couple and the future is bright. It’s beautiful. You are both being your best selves. You treat each other kindly, respectfully, and lovingly. There is magnificent support between you two. As a team, you are unstoppable and nothing will take you down. You are both HAPPY. And as you look at this, the goggles show you what your behavior should be right now. I understand this sounds hokey but I truly believe all of us have within us the knowledge to know what we need to be doing right now when we are being our best relationship self.

If you need help, think to how you acted when you were trying to become a couple in the beginning. You gave gifts, you spent time together, you were always nice, you’d drive a long way and be completely inconvenienced if it meant you got to spend 20 minutes together or show them you cared. That’s your best relationship self. Be that. No matter what. No matter what the other person does to tempt you. Put on your Relationship Goggles and be a champion. (Read my blog post on being the relationship champion here.) I know you can do it and your relationship will be SO. MUCH. BETTER. It will be everything the both of you deserve. Which is all the goodness in the world. 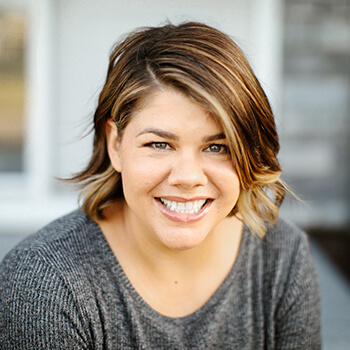